Previous Next
Modern Logic & Pikup Are a Winning Team (Literally!)

Modern Logic: A development partner that helped raise a half million dollars in funding and a Minnesota Cup win! Learn more about Pikup, our client success story that’s only getting stronger: 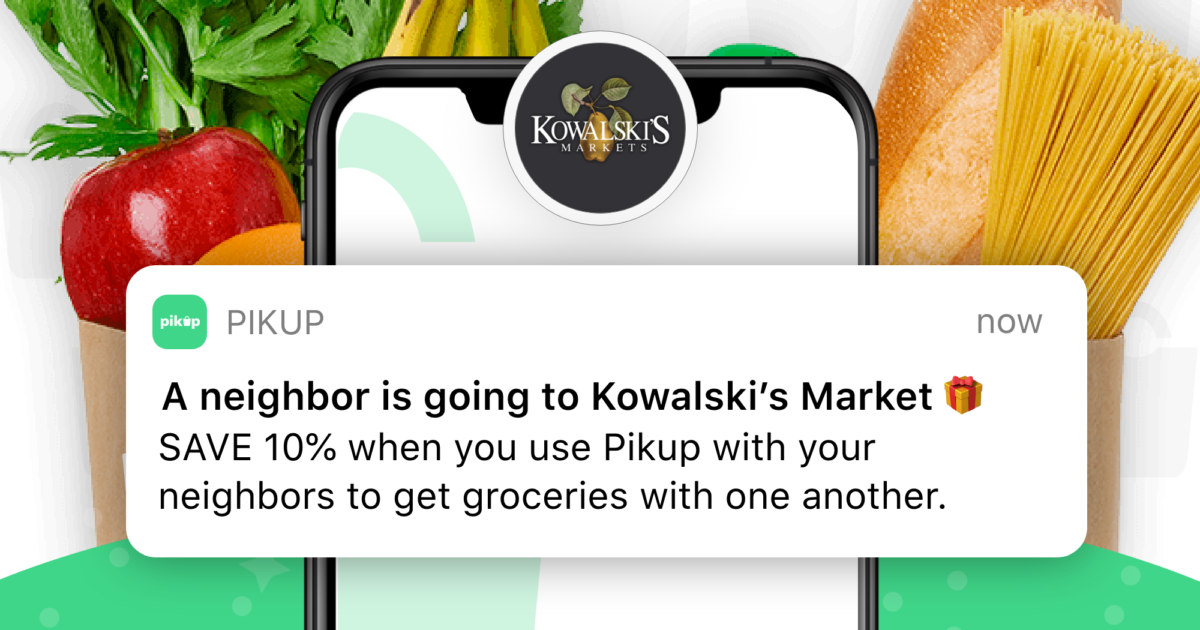 Pikup brings deals to users when they pick up items at local stores and national chains for friends and neighbors.

Pikup connects neighbors together that shop at the same local stores. Pikup is one of Modern Logic’s first clients and a stellar success story. Pikup earned the 2020 Minnesota Cup High Tech Division Top Prize! It was a moment when it all came full circle, because Pikup’s story actually began at the Minnesota Cup, too.

“My first startup event was actually the Minnesota Cup, back when I was still in high school in 2014,” says Bharat Pulgam, CEO of Pikup. “I ditched my 4th block class and drove to campus to check out the pitches!”

It was there that Bharat met his friend and co-founder, Sam Lerdahl. They were competing against each other with two different startups, and quickly became friends. Their friendship carried on when they both attended the University of Minnesota.

Like So Many Great College Stories, It Began With Fast Food & Friends.

Pikup’s initial concept was sparked on campus. “When I was a freshman,” Bharat explains, “One of my buddies texted me to ask if I’ll pick up a burrito for him. When I got back to the dorm, two friends said, ‘Hey, I wish you would have asked me, too.’ That’s when I realized – if I’m buying 3 extra burritos, Chipotle should buy me something!”

The idea quickly gained popularity. Many college students don’t have cars, and ordering delivery every night gets pricey. With a crude request system in place, Pikup gained buzz and earned cash from the TechStars Retail Accelerator. That’s when Bharat & Sam got connected to Modern Logic.

“Modern Logic was instrumental in getting this idea going,” Bharat explains. “None of us are technical founders. I have some chops, but not nearly enough to build a real app.” And delivery apps require 3 different interfaces: for web, users, and drivers. Modern Logic’s team created a streamlined Pikup app, and it quickly helped investors see the idea’s potential: “That app allowed us to raise a half million dollars in funding!”

Beyond building the app, Modern Logic also helped Pikup build their team. Bharat notes: “Not only were they basically our CTO, collectively – they helped us find our junior engineers. Even now, Dustin still attends all of our startup events to cheer us on!”

“We officially launched February 2019 in University of Minnesota, then organically grew to 25 states,” Bharat says. The app picked up speed organically as students went home for winter, spring, and summer break, and used it on and off campus. Of course, COVID-19 sent many students off-campus for nearly a year – but the Pikup team had other plans.

COVID-19 makes it safer and smarter to consolidate trips to the store. So Pikup’s team pivoted to focusing on neighborhoods. Now, the app serves about a thousand neighborhoods in the Twin Cities, where people use it to coordinate errands and shop at local stores like Costco, Target, and Kowalski’s Market. The app’s success was covered by CBS Minnesota in April 2020.

While grocery stores are thriving, local restaurants need a boost during the pandemic. Pikup’s launched a new campaign to support local restaurants. “Traditional delivery is not really good for restaurants – they’re taking 30% cuts,” explains Bharat. “All of our restaurant owners don’t enjoy using delivery, but they have to to reach customers.” Just as using Pikup is cheaper for Target than Shipt, Pikup is better for restaurants than DoorDash.

What’s Next for This Winner?

“Our goal is to keep this growth going, raise capital next year, and support our restaurant partners,” Bharat tells us. “Another goal is to continue to launch to different cities in the Twin Cities area. While we do have some usage outside the Twin Cities, density is really important. Pikup works well when there’s a lot of people in a dense place. A million users in the US isn’t as good as 1 million in the Twin Cities.” And they’re set up for success in 2021: “We’re growing at a quick pace right now – 50% month over month,” Bharat adds. “We even had 200% week over week growth at the end of 2020!”

Building your own app? Find out how our team can bring your work to its full potential.